Mark has over 20 years of experience working in the not-for-profit sector. He was a chief executive or held senior management roles for Surf Life Saving New Zealand, Canoe Racing New Zealand and Poverty Bay Rugby. Mark comes from a very outdoor-orientated family. He grew up in Otago around the ocean, lakes and backcountry.

In 1994, journalist/author/musician/playwright Geoff Chapple proposed a walking trail to run the length of New Zealand. This suggestion was not new. Before, people had discarded it as unachievable. Geoff and a group of willing people who shared the vision formed the Te Araroa Trust shortly after. They set about raising publicity, and funds, for the concept.

Geoff stood down as CEO of Te Araroa Trust in 2012 and received an ONZM in recognition of his achievements.

David is a resource management specialist. He has extensive experience in central and local government relations. He was a senior partner for Bell Gully. He has advised on many of Auckland's the most significant resource management issues. He is a Member of the Order of the British Empire and received the New Zealand Commemorative Medal in recognition of services to his country.

Trevor has been a Te Araroa Trustee since 2006 and is the current deputy chair. He convenes the Trust’s Operations Committee. He is a Chartered Professional Engineer and a Fellow of the Institute of Professional Engineers NZ. He has a strong interest in sustainability and community development, and recreational development projects that help regional employment.

Prior to becoming an MP, Paul was a lawyer and barrister. Paul also engaged in local politics as a member of the Rotorua City Council, Paul was an MP for Rotoruafrom 1978 to 1999. Paul was Minister of Defence and Attorney-General in the fourth National government.

In the 2005 Queen's Birthday Honours, Paul was appointed a Companion of the New Zealand Order of Merit for services to Parliament and the law. He was appointed a member of the Privy Council in 1998. In 1999, he became New Zealand High Commissioner to the United Kingdom.

Lorraine is an independent director of a technology company and a research institute.  She is a member of the Institute of Directors, an ArcAngel investor and a member of Global Women.  She published and edited New Zealand Fitness and Travel Digest. She wrote her first book The French Way, trekking the 40-day El Camino de Santiago.  As well as walking this 800km iconic pathway in Europe, Lorraine has run marathons and tracked and cycled other long trails.  She holds the Pacific Asia Travel Association, Gold Award for Travel Journalism.

Celia was the mayor of Wellington between 2010 and 2016.  She held many roles with the Wellington City Council, Wellington International Airport and Walk21. She was the president of Living Streets Aotearoa for 7 years.  Celia has first-hand experience of Te Araroa, having walked the full length of the trail.

Jan Sedgwick is a communications professional. She has more than 35 years experience in media, marketing and public relations. She was made a Fellow of the Public Relations Institute of NZ in recognition of her long-term contribution to the industry. Jan is a councillor on the Waikato District Council. As a senior councillor, she holds many portfolios both within the council and the wider community. She is also an advisor to the Dept of Corrections panel. Jan's skills include clarity in communications, financial acumen, effective governance and risk analysis and management. 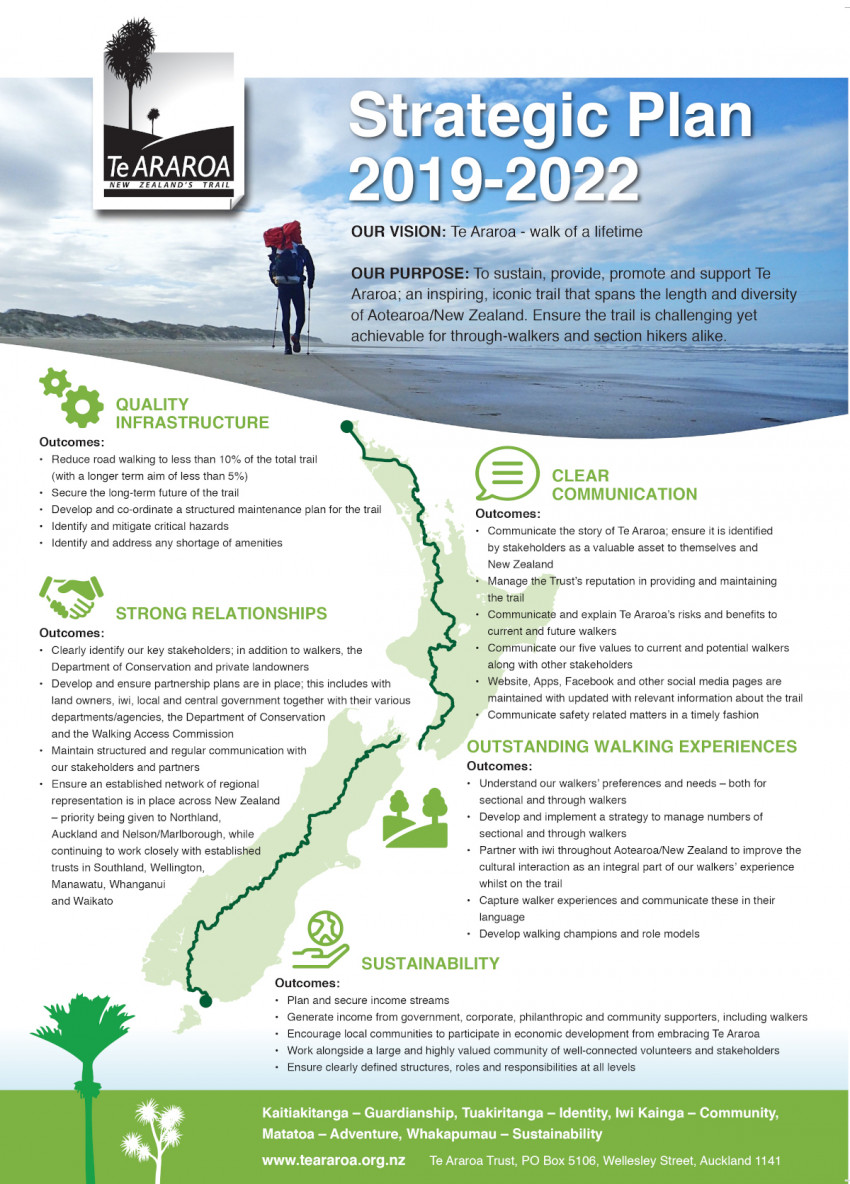 Every dollar makes a difference. Support the trust today so that you can enjoy the trail tomorrow, either one day at a time, or all 3000km! 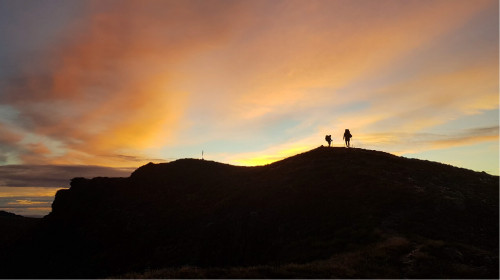 Keep up to date with the latest news.